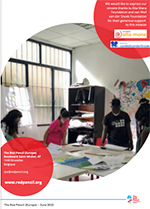 A research study carried out by The Red Pencil (Europe) and The Spanish Red Cross (Málaga) on the quality creative impact of art-therapy on teenagers in a forced migration process and their families. 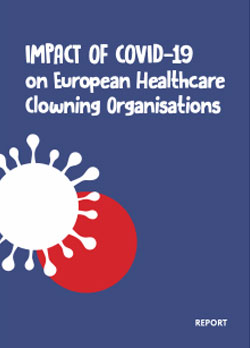 A report carried out by the European Federation of Healthcare Clown Organizations (efhco) and RED NOSES Clowndoctors International on the resilience and creativity of Healthcare Clowning Organisations during the pandemic, enriched by a series of recommendations for key stakeholders. 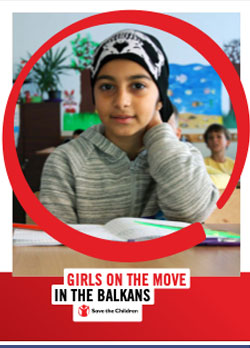 A qualitative study carried out by Save the Children focusing on the dramatic situation of girls and young women on the move in Greece, Serbia and Bosnia and Herzegovina, which holds valuable recommendations for a range of stakeholders (governments, authorities in charge of migration, and civil society) who have the intention and responsibility to protect girls on the move and safeguard their rights. 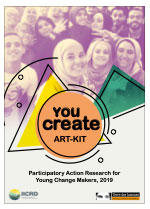 You Create Art-kit: handbook designed by Fondation Terre des hommes in collaboration with the International Institute for Child Rights and Development, as part of the project “You Create” supported by AMG since 2017, for minors and youths impacted by migration to plan and develop youth-led arts-projects. 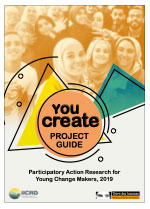 You Create Project Management Guide: handbook designed by Fondation Terre des hommes in collaboration with the International Institute for Child Rights and Development, as part of the project “You Create” supported by AMG since 2017, for local operators to support minors and youths impacted by migration to develop youth-led arts-projects. 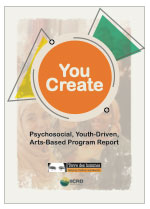 You Create Capitalization Report: a global report carried out by Fondation Terre des hommes in collaboration with the International Institute for Child Rights and Development, as part of the project “You Create” supported by AMG since 2017, to provide background information on the current state of arts-based programming for young people impacted by migration worldwide.

“Protect a generation - The impact of COVID-19 on children’s lives”, © Save the Children

A global survey carried out by Save the Children on the global impact of the pandemic on children’s lives, on their access to health care, their education and protection. 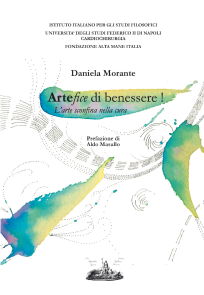 The Istituto Italiano per gli Studi Filosofici has published the book “Artefice di benessere! L’arte sconfina nella cura” by the artist Daniela Morante, coordinatorof the art Workshop Cuore at the cardiac ward of the Policlinico Federico II Hospital in Neaples. The book brings together the conference proceedings of “ARTEfice di benessere!” held on November 7, 2014 in Neaples, the theoretical frame of the Cuore Workshop and the Artist’s Diary from 2010 to 2013.For more informations on the conference click here.For more informations on the Cuore Workshop click here. 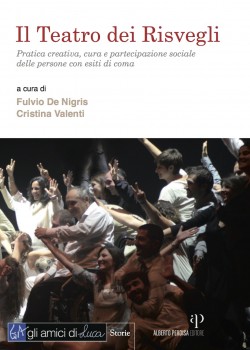 The Amici di Luca Association has published a book entitled “The Theatre of Awakenings, the practice of creative, curative and socially integrative theatre for post-coma patients.” This publication gathers the written theatrical experiences of the Luca De Nigris Casa dei Risvegli (literally the home of awakenings). Quoting Bergonzoni, who represents the Casa dei Risvegli, “the work done by the youth of the Gli Amici di Luca Company is re-actionary theatre, since they know how to change parameters of measurement, even those which are incalculable. They reacquire bodies, working via gestation, blossoming inch by inch, milestone by milestone, after exhausting effort. This is theatre prepared and trained by unnatural naturalness, by freeing themselves from their yokes, not coming up against walls but breaking them down, crumbling their resistance, soaring over them.” 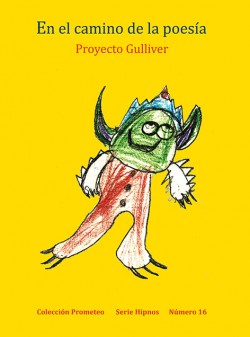 Corporación de Arte y Poesía Prometeo has published “En el camino de la poesia”, a book that compiles some of the poetry written during the 2013 Proyecto Gulliver experience. Prometeo organizes poetry workshops for children in orphanages or enrolled in public schools in the slums of Medellin. Through reading and writing poetry, these children re-discover tolerance, integration, inclusion and worth, both of self and community.