2021 has been a year strongly marked by the multidimensional effects of the COVID-19 pandemic that have exacerbated the challenges that define and outline the contours (and limits) of a (post)modern world: the inequality of the economic growth models and the emergence of new economic and social weaknesses; the asymmetric defense and promotion of civil rights; the North-South divide in terms of equitable access to education, social care and qualitative health services; the intersectional causes of migration (wars, armed conflicts, persecution, poverty, forced displacement, climate change, fear).

During 2021, the euphoria and hope linked to the “horizontal” diffusion and efficacy of the vaccine, a new zero year from which reconsider all of us as a community and initiate, with discontinuity, a path ex novo towards rebuilding, hinged on the milestones of freedom achieved together, faded away in May-August 2021 with the beginning and the disconcerting epilogue of the Afghan crisis which led to a further dramatic humanitarian emergency in the Middle East and new flows of Afghan refugees. Such crisis has had an impact on the  migration policies implemented in several countries of the European continent, including Greece and Bosnia-Herzegovina, already significantly affected by the migration emergency that began in Europe in 2015 as a consequence of the Syrian crisis, therefore influencing some projects supported by Fondation Alta Mane, such as those implemented in the migration contexts in Greece by Terre des hommes Hellas (You Create in Mainland Greece), El Sistema Greece (Social Inclusion Through Music in Refugee Camps) and RED NOSES Clowndoctors International (Emergency Smile Missions), and in Bosnia-Herzegovina by Save the Children (Education in Emergency for Children on the move in BiH), RED NOSES Clowndoctors International (Emergency Smile Missions) and Musicians Without Borders (Welcome Notes Europe). 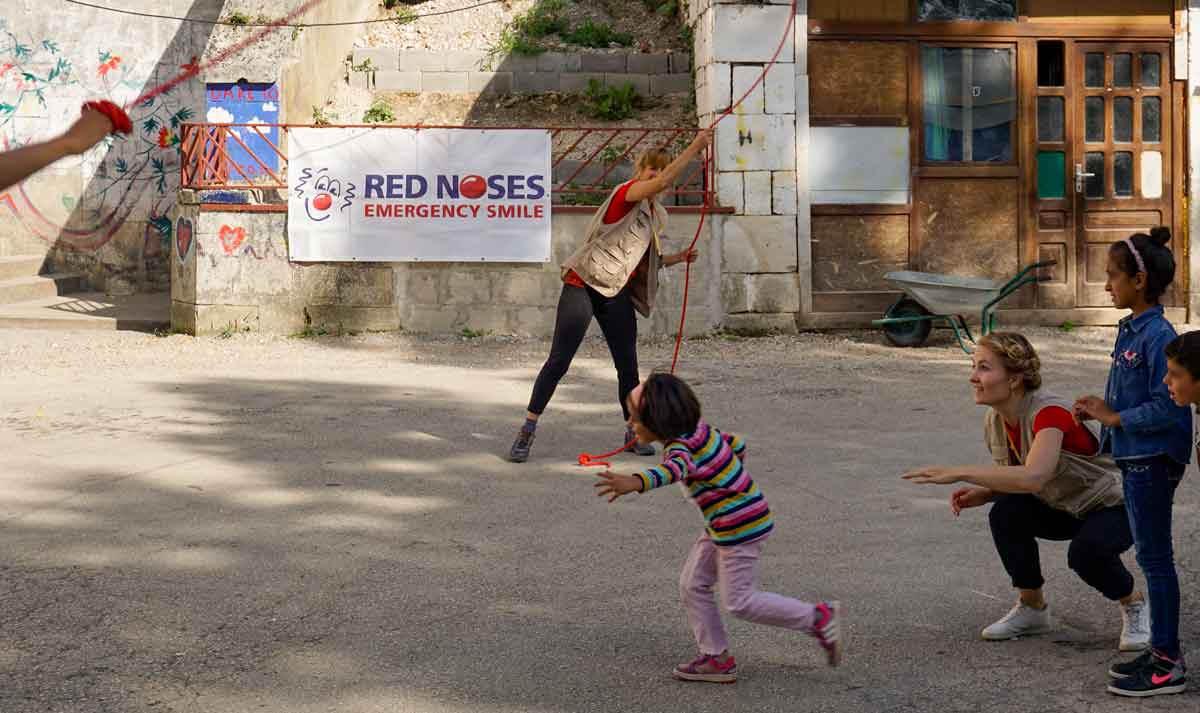 De facto, the changed political scenario in the Middle East triggered by the Afghan crisis, coupled with the disproportioned EU migration policies, based on the “outsourcing” of the management of the migration flows (EU-Turkey Agreement of November 29th, 2016), have led Greece and Bosnia-Herzegovina to adopt new restrictive measures – the closure of some Reception and Transit Centers, included the Safe Zones for unaccompanied minors, and the state control of the management of the main Refugee Sites, inter alia – to contain and control the new migration flows. The fluidity and volatility of this situation have noticeably impacted the implementation of the aforementioned “emergency” projects supported by the Foundation (operational delays, then largely caught up; project extensions; development and implementation of alternative projects) which, however, didn’t affect the quality and reach of the formal and non-formal educational activities developed by the partners as initially planned. In this respect, a single project remains suspended to date, namely that developed by Musicians Without Borders in Bosnia-Herzegovina: due to the protracted migration crisis in the Canton of Una-Sana, worsened by the COVID-19 pandemic, the operativity of the project has been postponed to 2022.

On the other hand, during the same year, the long wave of COVID-19 had an asymmetric impact on two residual projects foreseen in 2020 and postponed to 2021 due to the deterioration of the pandemic situation in Turkey (Education Expansion Project) and in Egypt (You Create). If, in Turkey, the impossibility to run the art-education activities in presence has successfully led to the development of new implementing models at distance and online, thus increasing the number of the beneficiaries, in Egypt the spread of the SARS-CoV-2 virus halted the project developed by Terre des Hommes: the inability to implement in presence the artistic-educational activities foreseen in 20 public schools in El Cairo forced the partner to permanently suspend the project in Egypt and, as an alternative, to launch the first pilot phase of the You Create project in Kosovo with a two-fold objective: to consolidate the current programs in the field of child protection and to strengthen its intervention in the migration contexts in the Balkans, reaching other groups of vulnerable children and Street Children from the RAE ethnic minorities (Roma, Ashkali and Egyptians). 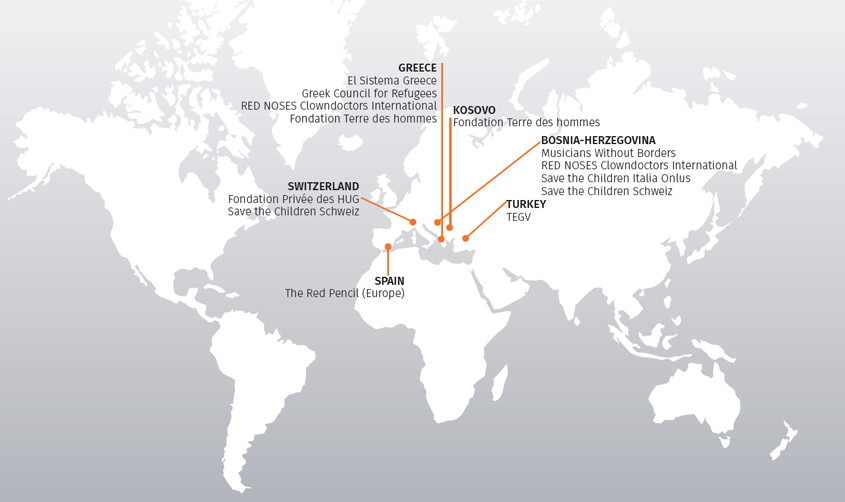 In fine, during the past year, Fondation Alta Mane has also enhanced its intervention in Switzerland confirming its support in favor of two projects which, in the health and development sectors, on the one hand, have reached noteworthy results in terms of quality impact (Musicothérapie à l’Hôpital des Enfants des HUG, Fondation Privée des HUG) and, on the other hand, made a significant step forward in the promotion and defense of the rights of minors on the move (Supporting Refugee Children in Switzerland, Save the Children Schweiz).

With reference to the project developed in the hospital context by Fondation Privée des HUG, after the first 24 months of implementation of the pilot phase (2019-2021), the healthcare professionals, on the basis of the excellent results obtained in terms of therapeutic impact on young beneficiaries, confirmed the need, value and benefits of music therapy as a complementary practice to clinical medicine in the care of young hospitalized patients; on the other hand, and with reference to the project developed by Save the Children Schweiz, the latest recommendations of the United Nations Committee on the Rights of the Child published  on September 27th, 2021 recognize the key role of Save the Children Schweiz in promoting and protecting the principle of the best interest of the child through the development of the National Child Program “Supporting Refugee Children in Switzerland” (see Focus 2021).

Regarding the co-partnerships, in 2021, the Foundation confirmed the suspension of the partnership agreements managed by Fondazione Alta Mane Italia (AMI), a decision already undertaken in 2019 and reiterated in 2020.

In relation thereto, reminder is given that these are three-way contracts between Fondation Alta Mane, AMI and the beneficiaries (Partners), according to which:

The sector of intervention remains the use of art in situations of extreme social marginalization and hospitalization of young people due to serious pathologies.

In addition to the above-mentioned organizations, in 2021, Alta Mane continued to support one of the Foundation’s partners, namely: The Red Pencil Europe, in Spain, renewing its support (Phase II) to the Art Therapy Project for migrant, refugee and asylum-seeking children and youth located inside the Reception Centers and Independent Living Houses in Málaga (Spain) managed by The Spanish Red Cross.

Furthermore, the Foundation started a new collaboration with Greek Council for Refugees, in Greece, to support a digital art-education project implemented within the Intercultural Center “PYXIDA”, in Athens, for migrants and refugee minors.

In brief, 12 projects received direct donations from the Foundation, out of which 3 Partners were based in Switzerland (Geneva, Vaud and Zürich Cantons) and 7 abroad (Austria, Belgium, Greece, Italy, The Netherlands and Turkey).